If you are dealing with excess amounts of ear wax leading to ear pain and other unpleasant symptoms, we would be happy to provide ear wax removal services at Urgent Medical Care! Call us for more information or schedule an appointment online! We have 2 convenient locations to serve in Plymouth MI, Bloomfield MI, and surrounding areas!

While ear wax may not be something most people want to think about any more than they have to, there are times when it becomes impossible to ignore. If ear wax has built up in your ears to the point that it is causing you pain or restricting your ability to hear, it may be time to see a doctor about ear wax removal treatment. At Urgent Medical Care, our doctors have plenty of experience and expertise at safely and effectively removing ear wax.

What is ear wax removal?


Ear wax removal is a minimally invasive procedure performed to safely remove the waxy substance known medically as cerumen from the ears when it builds up in the ear canal. The function of cerumen is to protect the skin in the ear canal, help with cleaning and lubrication, and protect against bacteria, fungi, and water. However, if too much ear wax builds up in the ear canal, it can have a variety of different symptoms, including hearing loss, dizziness, tinnitus (ringing in the ears), or itchiness in the ears. Cerumen can appear brown, gray, orange, red, or yellow in color.

Should I go to the doctor to remove ear wax?

• Difficulty hearing
• Discharge from the ear
• Ear pain
• Ear wax becomes impacted or stuck
• Tinnitus, or ringing in the ears

If you are experiencing such symptoms, it is important that you do not attempt to remove the ear wax on your own, as doing so could cause further complications. In general, using cotton swabs to remove ear wax is not recommended, as the cotton swab simply pushes the earwax further down the ear canal, which has the potential to cause further damage to the ear canal, such as a rupture of the eardrum.

How does a doctor remove ear wax?

Another method of ear wax removal is known as irrigation, which is a more common method than curettage. With irrigation, your doctor would prescribe an ear-wax removal medication, in which the main ingredient would carbamide peroxide, to soften the ear wax. Once the ear wax is softened enough, a water and saline mixture would be used to flush out the earwax.

If you are dealing with excess amounts of ear wax leading to ear pain and other unpleasant symptoms, we would be happy to provide excellent ear wax removal services at Urgent Medical Care! For an appointment with one of our doctors, please feel free to call us, schedule an appointment through our website, or visit one of our clinics is Bloomfield Hills or Plymouth, Michigan, for a walk-in appointment. We serve patients from Plymouth MI, Bloomfield MI, Livonia MI, Novi MI, Worden MI, Canton MI, Southfield MI, Troy MI, and Farmington Hills. 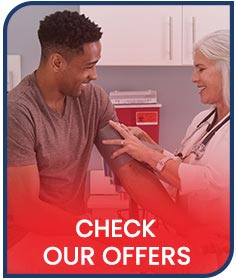 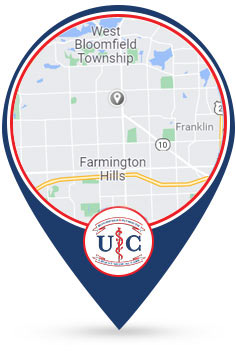 Directions to
The Nearest Locations

*For any medical procedure, patients respond to treatment differently, hence each patient’s results may vary.
**In case of a life threatening emergency, immediately call 911.
***Information on this site is not intended or implied to be a substitute for professional medical advice, diagnosis or treatment. All content contained on or available through this site is for general information purposes only.
****By using this website and sending us your information, you are giving us permission to contact you by electronic and non-electronic means. We also track the conversions and collect user data to improve marketing.
*****If you are vision-impaired or have some other impairment covered by the Americans with Disabilities Act or a similar law, and you wish to discuss potential accommodations related to using this website, please contact us.

How May I Help You?